We have a BIG content update coming on August 5th. 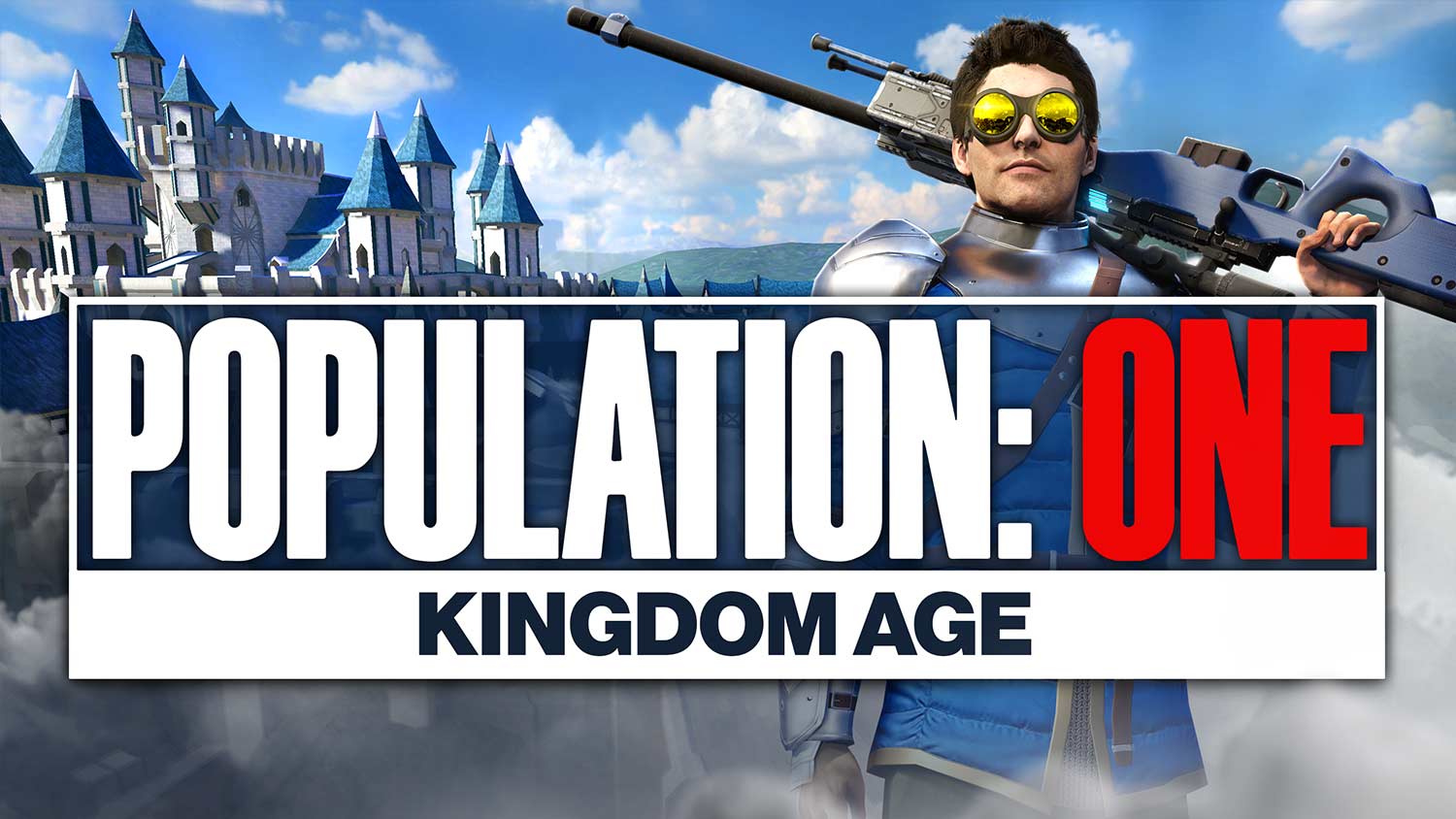 Kingdom Age is the biggest FREE content update coming to POP1 yet. It’s a little different than our previous Seasons and we’re super excited to show you what we’ve been busy building.

At BigBox VR, one of the things we enjoy the most is learning from players.

We’re always dreaming up ways to make POPULATION: ONE even better, and we LOVE getting feedback from all of you for each of our releases.

Kingdom Age is the culmination of our internal discussions on how to make POP1 more fun and accessible for everyone.

Here’s what we’re excited about for this release:

Kingdom is the newest destination arriving with Kingdom Age. It is the most diverse world update POP1 has ever seen. 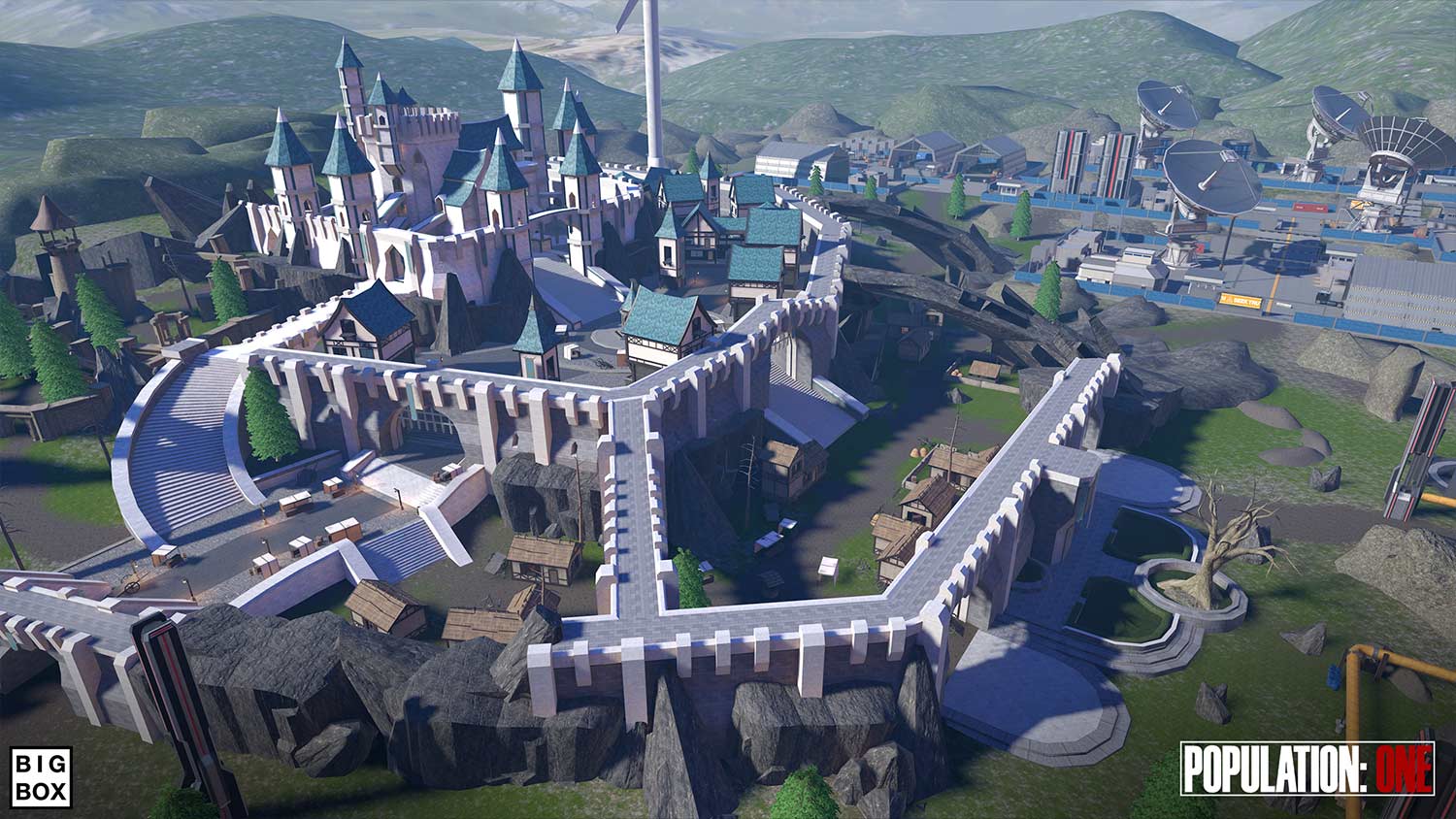 From the castle to the wizard’s tower in the ruins, or noble estates and peasant quarters—there’s a new battle around every corner of Kingdom’s walls.

Every playtest we’ve had internally has never ended the same...and flying Excalibur fights between the castle’s towers are always exciting!

The format of the Kingdom Age is a little different than our previous Seasons. 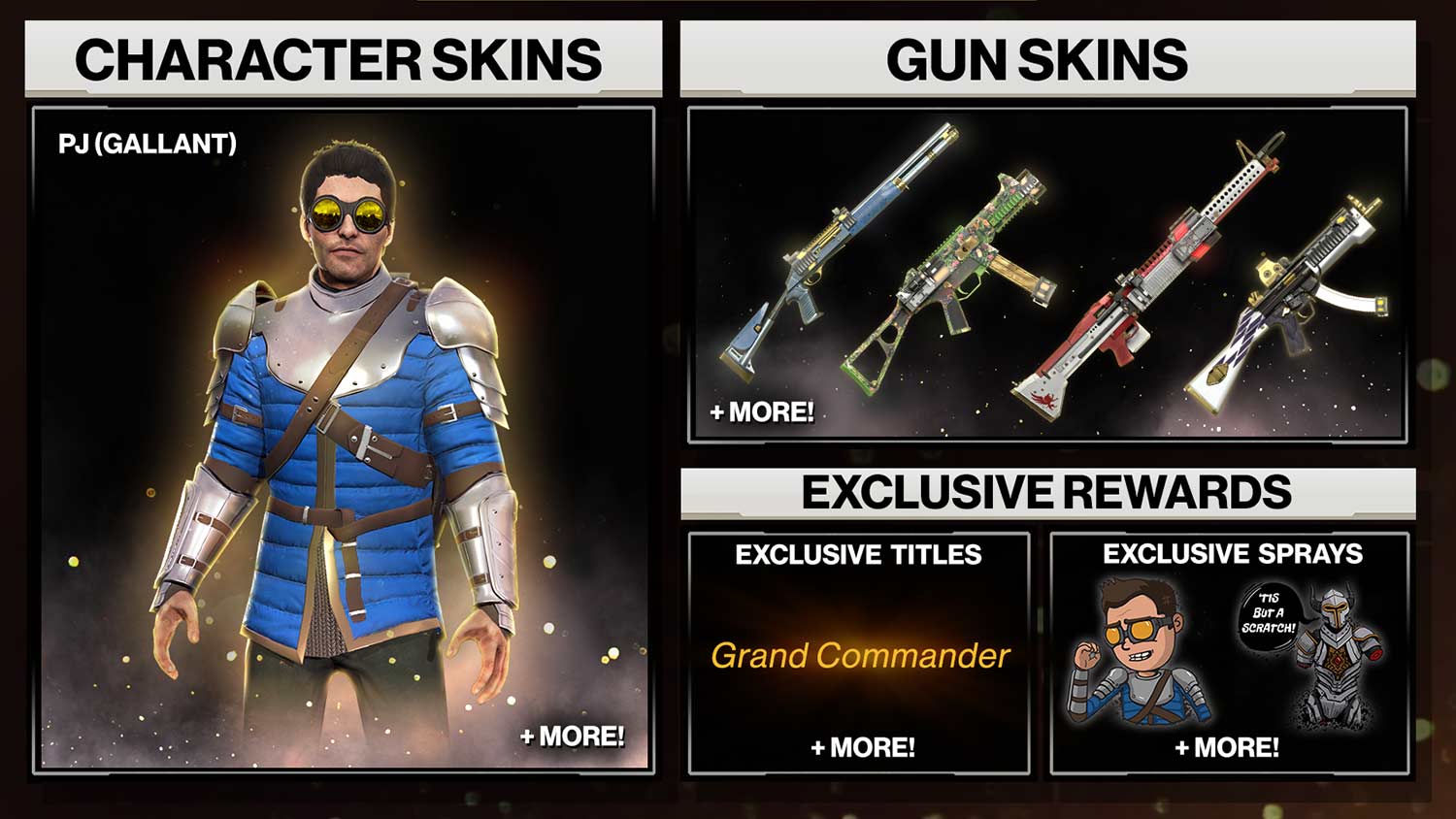 Here’s a sneak peak at some of the free rewards for upcoming Events.

In Season 1 and 2 we focused on a big initial content launch, with a Battle Pass to progress through.

We like the Season format for unveiling new themes and content, but sometimes players who start playing later in the Season could feel like they already missed the Battle Pass.

For Kingdom Age, it will be a slight variation of our previous format.

Instead of a Battle Pass, we’re launching 4 FREE events over 11 weeks.

Each event lets you jump in without feeling like it’s too late to participate, or too much of a commitment upfront, and all events give you a chance to earn free rewards.

These events give our team more ways to be creative with 4 big beats...each with its own gameplay twist (teaser: Kingdom Age’s second event may have a new game mode...).

We’re excited to see how this format plays out. We think you’ll really enjoy it!

We've updated many features and added nearly TEN new items in the 9 months since launch. You’ve given us a lot of feedback on this!

The rate of core gameplay changes is fun for many of our daily players. But for others, especially new players + players new to VR, it can be frustrating and overwhelming.

Players start building up their confidence with current features, then suddenly find themselves needing to relearn gameplay.

For Kingdom Age, we are intentionally introducing only one new item...a sword named “Excalibur” that gives you a high speed boost. 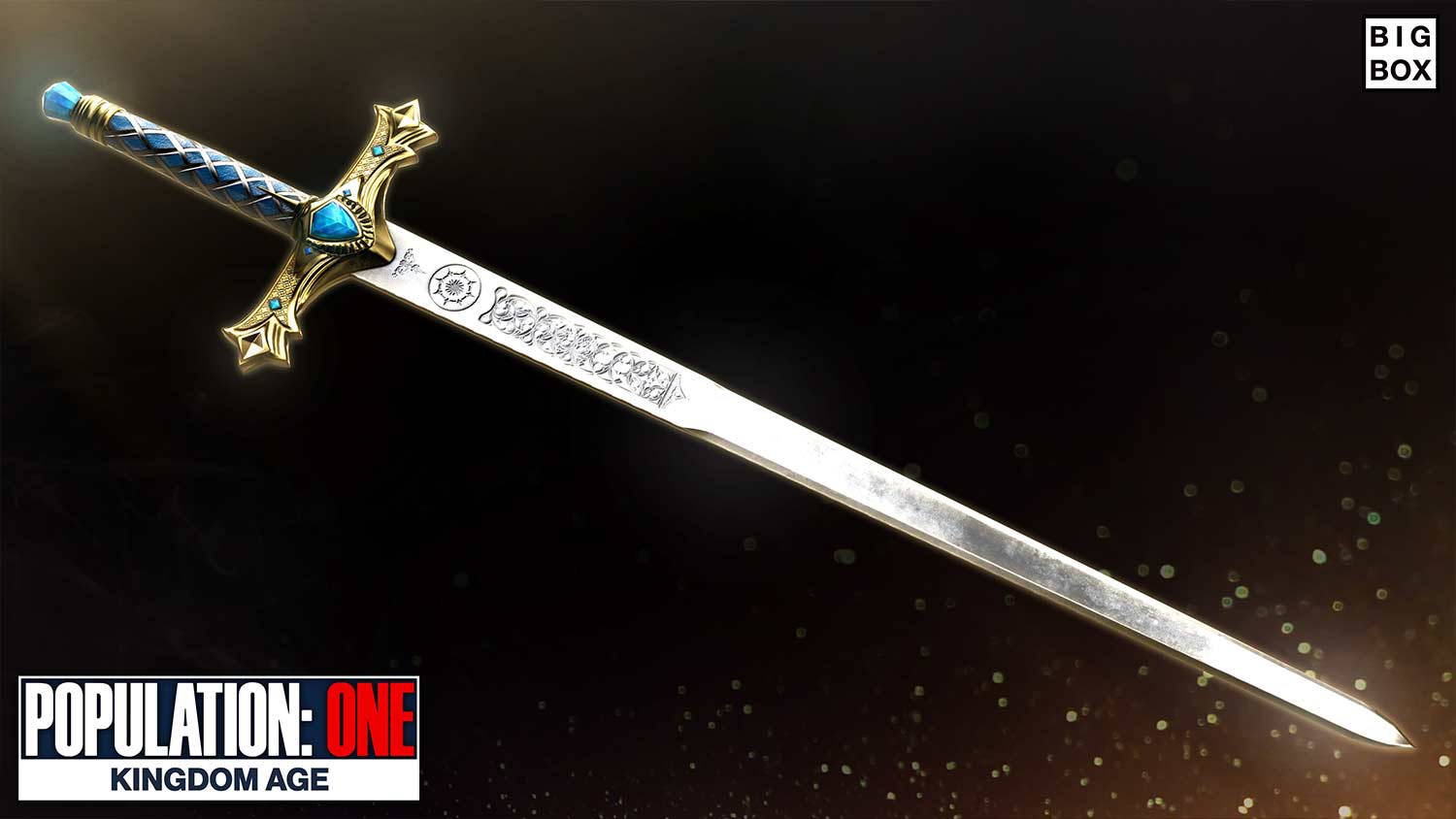 Excalibur has a simple game mechanic and we think it fits the fantasy theme perfectly.

We want to reduce the complexity of gameplay to allow new players to learn the game faster. Veteran players can keep honing their skills and enjoy all the various limited time events coming soon!

Like everything we do, we’d love to get your feedback. :) Let’s try it together and see if it works well! 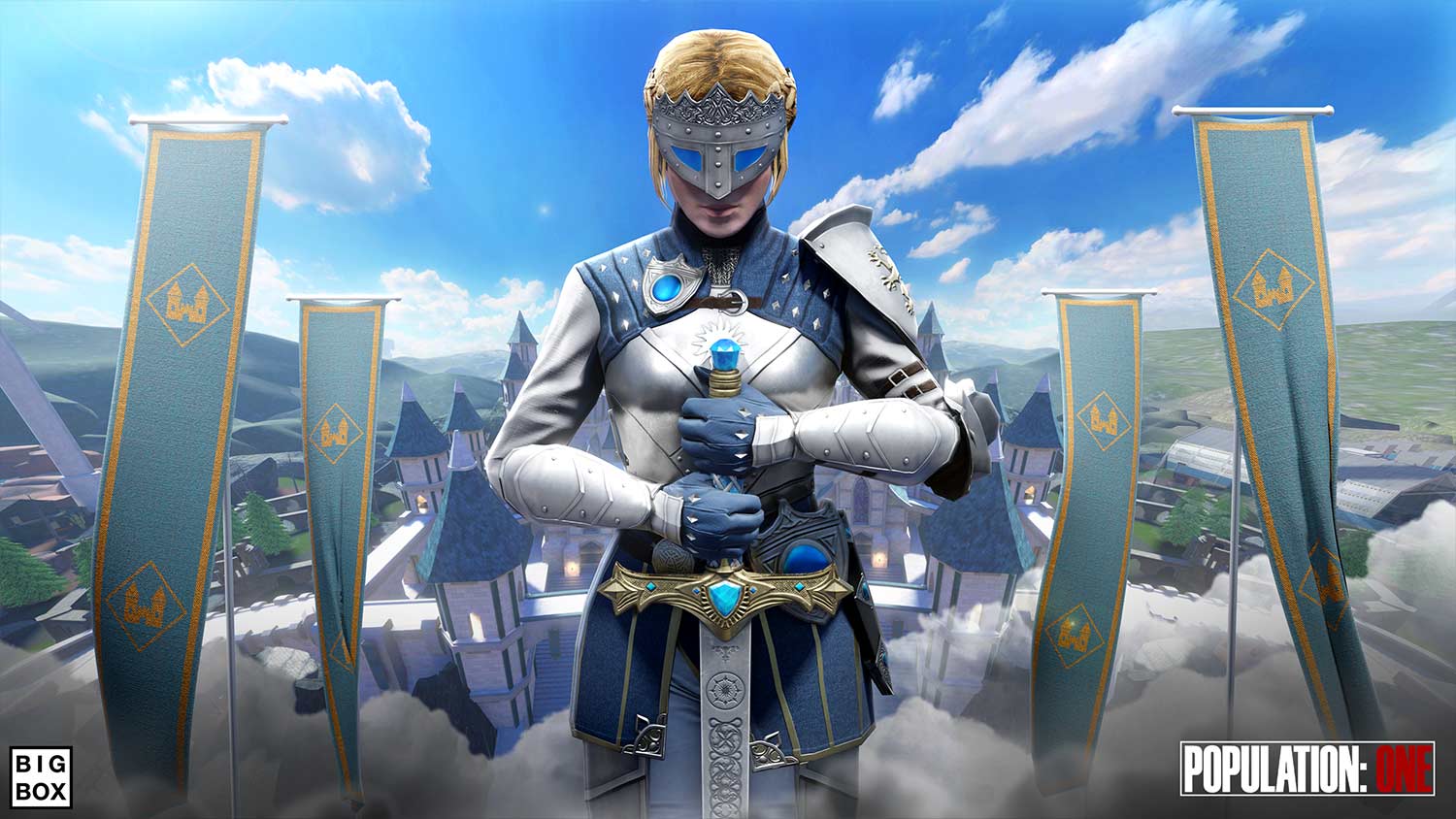 ...and it builds from there.

Kingdom Age’s 4 FREE events lead to a climactic battle between Light and Dark— choose your side and fight for Kingdom in the finale...


...The winning side will leave a mark on the world of POPULATION: ONE.

See you in the game!

If you have any questions please contact us at press@bigboxvr.com

This website uses cookies to improve your experience while you navigate through the website. Out of these, the cookies that are categorized as necessary are stored on your browser as they are essential for the working of basic functionalities of the website. We also use third-party cookies that help us analyze and understand how you use this website. These cookies will be stored in your browser only with your consent. You also have the option to opt-out of these cookies. But opting out of some of these cookies may affect your browsing experience.
Necessary Always Enabled

Analytical cookies are used to understand how visitors interact with the website. These cookies help provide information on metrics the number of visitors, bounce rate, traffic source, etc.

SAVE & ACCEPT
Powered by